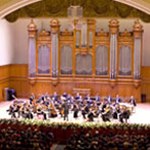 International Cello Festival Vivacello 4
October 25 through November 12, Moscow welcomed Vivacello International Cello Festival which traditionally enjoyed great success. The best concert venues of the capital city threw open their doors for musicians from across the world and for the appreciative Moscow audience. Each concert was unique and could evoke interest among the most different public. 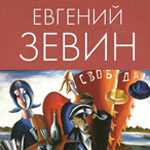 Evgeny Zevin's Exhibition
An exhibition of People’s Artist Evgeny Zevin, organized with the assistance of U-Art Fund and UNIDENT Group of Companies, has been inaugurated in Saint Petersburg, in the Marble Palace halls.
The artist participated already in the very first initiatives of Moscow nonconformists and this review display includes some rare canvases. The exhibition is to be visited till January 16. 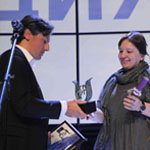 Innovations and Art
The all-Russian competition in the area of the modern visual art Innovation has marked its end. The main prize in the nomination A Work of Visual Art has been awarded to the project of Alexander Brodsky Cisterna. And a special prize of the U-Art: You and Art fund went to Olga Shishko for the research dedicated to the issue of crossing of the modern visual art and cinema spaces. 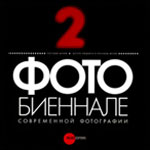 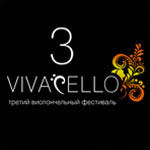 The Third International Cello Festival VIVACELLO
From September 27th till October 1st in Moscow has passed the Third international Cello Festival VIVACELLO. It is the only Russian festival devoted to cello music. This year among the participants are world-renowned musicians such as Yuri Bashmet, Julian Rachlin, Sergei Nakaryakov, Alexander Rudin, Claudio Boorkes, Katia Skanavi and famous musical collectives. 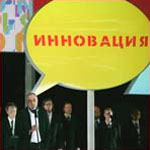 Innovation 2011: winners’ awarding
April 7, 2011 at the Centre of Contemporary Culture "Garage" took place the sixth solemn ceremony of awarding the All-Russian competition in the field of contemporary visual art INNOVATION. Traditionally, co-organizer of the ceremony came out the cultural and charitable fund U-Art, sponsor - a group of companies UNIDENT. 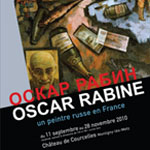 Oscar Rabin in France
In September 2010 in France within the program «Year of Russia in France and France in Russia» two personal exhibitions of one of the famous modern artist Oscar Rabin were started at once. Rabin, an expressionist, nonconformist and the founder of the «Lianozovsky group» has presented more than 100 author's works, drawings, archival photos of the Soviet epoch. 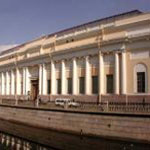 The Russian Museum shows "Sky in the Art"
The exhibition with such a poetic and mysterious name was opened on August 12 in Benois Wing of the State Russian Museum. In four halls the image of sky was presented by many artists who worked in different epochs and represented the different styles and ways of art. Every visitor can find his sky here. 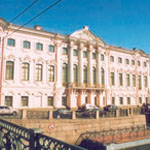 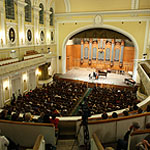 The Second Violoncello Festival "VIVACELLO"
From 9th till 17th of March the Second International Violoncello Festival "VIVACELLO" took place on the scene of the Great Hall of the conservatory and Theater "School of Drama Art" in Moscow. During the festival 4 concerts of classic music took place.
1   2   3   4   5   6   7
About us News History Mission Key brands Interview Contacts