Honey from a jar and a tarantula bite

The 8th VIVACELLO Festival, held as usual at various Moscow venues under the management of Boris Andrianov and the culture and charity foundation You and Art, has exposed certain important issues concerning interpretation and perception of music written for so unhurried an instrument. (Osip Mandelstam likened the density of the cello timbre to honey flowing from a tilted glass jar)

This year's program has been especially recherché. The audience was treated to the Concerto for Cello, Strings and Basso Continuo composed by one of the first creators of cello concertos of the 18th century, the Neapolitan Leonardo Leo, in a striking rendition by the eccentric wizard Giovanni Sollima.

We attended the musical act «Rivers and streets. Joseph Brodsky,» which the performers Valeria Kogan, Artur Smolyaninov, and Boris Andrianov described construction for three instruments and vocal based on Joseph Brodsky's observations and sketches in verse.» All Beethoven's sonatas for cello and piano were played by Andrianov's teacher David Geringas and pianist Philipp Kopachevsky.

It was only to be expected that by the 8th Festival this garland of styles, techniques and traditions raised the question of the audience. I can tell a priori what Boris Andrianov's answer would be: the more people with different music tastes comes to the event, the better it is, the more diverse, and the higher the attendance rate. This answer is a feat of diplomacy. It leaves out the question's finer points, however.

Like the previous ones, the 8th festival has marked the anniversaries of great performers. Boris Andrianov's mentor David Geringas celebrated his 70th birthday. This year all music lovers commemorated the 140th anniversary of the Catalan cellist Pablo Casals, the Rembrandt of cello. He set the standard of grasping the volume, the space, all the folds of the very sound matter. With every stroke he worked in such a manner that one can only exclaim, Eureka! This is what perfection means!

I own two old CDs, The Six Suites for Cello by Johann Sebastian Bach. The first is recorded by Pablo Casals, the second — by the outstanding French cellist Pierre Fournier. Fournier's sound sings, beautiful, graceful, magical. Casals, on the other hand, is a priest in a country church. His sermon flows quietly, and suddenly a small strand of light in it grows into an incredible expanse of the sound space — for example, in the Sarabande from the Second Suite it is this perfection of posing the ultimate questions about God, Universe, and Man. It is truly akin to Rembrandt or, perhaps, to Piero della Francesca.

In the festival program, the homage to Casals took form of the final concert, full of baroque splendor. It was beautiful all throughout. After it ended, I asked young students of the Moscow Conservatory how they liked it. They were beaming and started telling me excitedly how cool Giovanni Sollima's performance was — «temperamental», «expressive», «always right on the money», «that was something», «that was something else entirely», «a ride with a tiger»). Their praise for Bohórquez and Prokofiev was more reserved, «the lows had an interesting timbre,» and — alas — quite tepid for Boris Andrianov, «everything was classical, befitting the art, harmonious, but nothing special. »

I believe, of course, that such remarks have every right to exist, even more so when coming from professionals. However, after viewing the concert time and again at Meloman.ru, I once more realized how carefully transcribed, how singlemindedly, with a scholarly thoroughness even, were three Spanish pieces (by Albeniz, Granados, and de Falla) combined into a whole by Boris's friend Rem Urasin.  Andrianov performed them with the Russian Philharmonic Orchestra (conductor Vahan Mardirossian). This was the birth of a new opus out of existing ones, named by the host Artem Vargaftik a «small Spanish concertino.» Intense dancing, melancholic, passionate, poetic themes were rendered by Andrianov in their finest subtlety, in complete union with the orchestra, transparently and in sparkling detail.

And Claudio Bohórquez erected Prokofiev's edifice with equal sense of space and finesse. But to be sure, when we are faced with an aural narration — augmented with a fiery drive — about fighting tarantula bites with dancing in the South Italy, which causes the Tarantella dance to come into being — to be sure, all comparison is futile. It's like letting children and puppies onto a movie set: they will outplay everyone else. Especially given that Sollima is a great professional as well, and the magic concoction of different styles and techniques that he offers the audience is of the highest standard.

Of course, the younger generation's thoughts on musical priorities can be treated with a dose of humor and explained by the consumerism and unwillingness to hear the quiet and sense the subtle. However, for some reason it was Casals that came to my mind: in his day, crazy festivities not always assumed cascades, and tarantellas all at once. Back then it was easier to hear a pause, to sink into contemplative awareness. Here is a radical proposal: in order to further nurture intelligent audience at VIVACELLO, it would be nice to have one concert for only one great piece. And have Vargaftik comment, and include different editions, and with all the allusions and cultural codes have it performed by at least five world's renowned cellists! 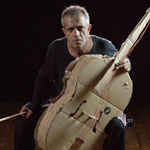 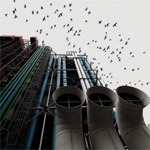 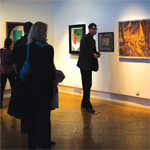 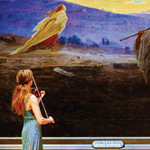 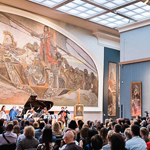