In early 2017,  Foundation announced t at a scholarly conference. The Foundation's initiative will contribute to the development of art studies in Russia and the expansion of the research's geography, providing to the scholars access to objects and materials previously out of their reach. he launch of an endowment program for the State Tretyakov Gallery art researchers. The new source of funding will make possible doing research museums, archives, universities, and other institutions

Often, documents important for research and works of Russian artists are found in collections abroad. Sometimes whole chapters of one or another master's biography remain unwritten due to the fact that the information on a particular period of his or her life (for example, traveling to other countries) is inaccessible to Russian art historians.  Foundation endowment program is intended to help filling these gaps. The grants fully cover all travel and visit expenses as well as the research costs. The primary result of the research is the beneficiary scholar's report to the Foundation and the Tretyakov Gallery, whereas the ultimate objectives are an exhibition project, publication of an article or a monograph, and a presentation at a scholarly conference. The Foundation's initiative will contribute to the development of art studies in Russia and the expansion of the research's geography, providing to the scholars access to objects and materials previously out of their reach.

Applications for participation in the program will be accepted once a year, in December, and then reviewed by the Expert Board period. In March of the following year, the new grant recipients will be announced during the award ceremony at the Mikhail Vrubel Hall of the Tretyakov Gallery. This year's Expert Board members are: Zelfira Tregulova, General Director of the Tretyakov Gallery; Tatyana Karpova, Deputy Director for Research; Faina Balakhovskaya, Advisor to the Director; Marina Elzesser, Deputy Director for Education; Tatyana Yudkevich, Academic Administrative Assistant; and Iveta Manasherova, Foundation, art scholar and collector.
“One of the components of art collecting is doing research,” Iveta Manasherova says. “We know from  experience how difficult it can be to gain access to the desired materials. Scholarly effort is not always evident: often only the result can be seen. What is obvious, however, is that the very process of this painstaking preliminary work is the most critical and demanding stage: it is based on this effort that scholarly breakthroughs are made and remarkable exhibition projects created. We hope that the new Foundation's program will enable the Tretyakov researchers to make their most ambitious projects come to fruition, and we will be happy to contribute to the development and geography expansion of their studies.”

In 2017, seven applications were submitted for the grants. Curiously, several of the applicants expressed the desire to do research at the I. V. Savitsky Karakalpak State Museum of Arts (Nukus, Uzbekistan). Beside Uzbekistan, the academic interest of the Tretyakov staff focused on the work and life of Russian artists in Europe and America: Vitaly Komar, Alexander Melamid, and Vasily Vereshchagin in the U.S., Aleksandr Deyneka in Italy, and Mikhail Larionov and Natalia Goncharova in France.

The first beneficiaries of the program were Irina Pronina, Research Associate at the 1st Half of the 20th Century Painting Department, and Yevgeniya Ilyukhina, Deputy Head of the 18th — Early 20th Century Graphics Department. The recipients' names were announced during the award ceremony, which took place on March 3, 2017 at the Mikhail Vrubel Hall of the Tretyakov Gallery main building on Lavrushinsky Lane.

Yevgeniya Ilyukhina applied for a grant to cover her trip to the Pompidou Center to study the work of Mikhail Larionov and Natalia Goncharova in France. This project will become an important step in the preparation of a broad retrospective of Mikhail Larionov, slated to be held at the Tretyakov Gallery in the fall of 2018.

The focus of Irina Pronina's research is the oeuvre of Pavel Filonov, as well as of Ivan Kudryashov — a less known but no less significant representative of the Russian The purpose of her planned trip to the Uzbek city of Nukus is to study Kudryashov's paintings and drawings. Ivan Kudryashov (18961972) was a prominent Russian artist, a disciple of Kazimir Malevich, head of the city of Orenburg's UNOVIS (“Asserters of the New Art”), an active member of the OST association (“The Society of Easel Painters”).

Having been prohibited since the end of the 1920s from participating in Moscow artists' exhibitions, for the rest of his life Kudryashov had continued expressing in art his interest in the creative exploration of the subject of outer space and the search for new forms of plasticity language in painting. Most of his works (over 350 paintings and drawings) are kept at the Nukus museum, and only few of them so far have been published. Thus, the grant will likely enable scholars to add another master's name to the Russian pantheon.

Thanks to the joint effort  Foundation and the Tretyakov Gallery, several art events have already become reality, such as Oskar Rabin's retrospective The Three Lives (2008), the exhibition Lado Gudiashvili. The Paris Years: 1920−1925 (2009), and the annual international chamber music festival Vivarte. The new endowment program constitutes another important juncture in the continuing partnership of the Foundation and the Gallery. 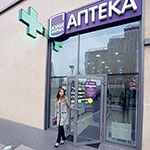 New Pharmacies to Be Opened in Moscow
Based on twenty years of experience in the field of medicine and pharmaceutics, UNIDENT developed clear standards and development strategies for two formats of pharmacies. Unipharma focuses on the premium segment and full range of para-pharmaceutical products, while Rosapteka is aimed at customers whose priorities are the walking-distance availability of stores and optimal combination of quality and affordable prices. 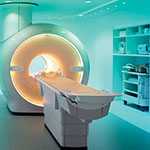 MRI for the Capital
Although today magnetic resonance imaging is one of the most accurate and widely used diagnostic methods, currently not all medical facilities in Russia provide this type of scan, and the patients who seek free medical care sometimes have to wait months for the appointment. This is why every new MRI system up and running is a significant event not only for a particular hospital but for the whole city as well. 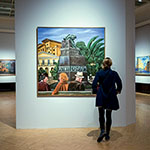 Moscow through the Ages
Many books are written about Moscow. Thousands of poems and songs are dedicated to the city. Countless images of it can be found in graphic arts and cinematography. The capital has been transforming from one era to another. Like a human being, the city changed its temper and moods with age, however, at all times it maintained its unique atmosphere. Every person, be it a Muscovite or a visitor, had, has and will have his or her own Moscow: favorite places and routes, warm memories and nostalgic feelings 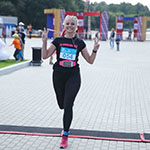 The first R.O.C.S.5K DentalRun was held in Moscow
On 2 September the sportiest representatives of the dental community of Moscow and several Russian cities gathered in Izmaylovsky Park in order to take part in a unique event — a race of dentists, which started early in the morning, but the participants managed to overcome a distance of 5 kilometers cheerfully and with a smile. 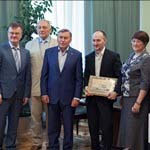 Live and Learn, Dentists
The Unident Dentistry clinic chain and RUDN (The People’s Friendship University of Russia) have signed an agreement to open a multi-discipline university clinic and a joint training center. Starting from September 1, 2017, Unident classes will accept senior students of the University’s Orthopedic Dentistry Department. The joint center will operate under a double name: Unident-RUDN.