Six Years on the Road to Mandalay

In early 2017, a team of Russian dentists traveled to Myanmar in order to educate the locals on the importance of dental care, bringing them R.O.C.S. toothbrushes and paste as presents. This round has become the last for the project of the Russian Dental Volunteer Organization. According to the organizers, the program was supposed to cover several regions in Asia. After six years, the mission has been accomplished: volunteers have visited Nepal, Cambodia, Tibet, Sri Lanka, and, finally, Myanmar.

Myanmar 2017 became the sixth expedition of Russian dentists to Asia. The project's masterminds — Andrey Akulovich, Associate Professor at the Pavlov State Medical University and Head of the Denticure clinic and Roman Maslov,  Head of the Department of Surgery at the President clinic — had a longtime desire to visit Myanmar. “Four years ago, on our way back from Cambodia after the second volunteer tour, I bought a fresh issue of GEO magazine with the word Burma on the cover, and that's how we came up with a new destination,” Andrey Akulovich explains

The Road to Mandalay

The project of the Russian Dental Volunteer Organization started almost seven years ago as a prospect for adventure shared among individuals. Andrey Akulovich and Roman Maslov made the announcement, gathered a team of colleagues, enlisted the aid of the DRC Group and UNIDENT, and set out to conquer Nepal by educating its residents in the subject of oral hygiene. Then followed Tibet, Cambodia, and Sri Lanka. The goal that all this time had been attracting the volunteers most, however, was Myanmar, unfamiliar to Russian tourists and almost isolated from the rest of the world. In fact, the volunteer dentists weren't the first to fall victim to the charm of this land. Burmese motifs entered  the Western culture with Rudyard Kipling's poem Mandalay (1892), in the 20th century made into a song performed by Leonard Warren, Frank Sinatra, and the Soviet poet Novella Matveeva. Robbie Williams released the eponymous hit in 2000.

Mandalay, the former capital of Burma (the country changed its name to Myanmar only in 1989) and its second largest city, became the starting point of the volunteers' journey. The easiest way to get there was through Bangkok. Although Myanmar shares border with Thailand and occupies a greater area than the latter, the number of visitors from Russia is many times lower. On the one hand, this is great: a culture unspoiled by globalization, with churches and palaces free of tourists. But the participants of the Myanmar 2017 tour immediately faced the other side of Myanmar's remoteness: almost no one spoke English, the quality of local hotels was difficult to compare with that of neighboring Thailand, ubiquitous  and 3G access was extremely rare. “The country has been closed off from the rest of the world for many years, there has long been a ban on the Internet, there had been no cell phone network. According to our guide, just a few years ago a SIM card would cost a fortune, and there were only about a hundred mobile phones in the entire country. At the same time, US dollars are in use here,” Andrey Akulovich says. “But the good thing is, it's a land that has preserved a whole lot of cultural values — and we do have something to compare it with, because we have visited most countries in the region. The standard of living is low, the average salary is about 200 dollars, the roads are awful. Nevertheless, everyone is very friendly, we haven't encountered any thieves, and the locals with whom we had the opportunity to communicate were smiling and genial.”

The first education session of the Russian Dental Volunteer Organization was held in Mandalay, with some dozens of monks and nuns from a local monastery being the first students. That's right, monasteries in Myanmar are not divided into male and female. The only difference is that men wear maroon robes, while women have pink ones. The dentists traditionally began with telling the students about Russia and their mission. They explained why it is important to watch one's dental health and how to do it. Using large demonstration models of human jaws, they showed how to brush teeth properly and then asked the students to step forward and repeat the procedure in order to memorize it better. After answering questions from the audience, the volunteers gave to the students some presents from the R.O.C.S. brand: toothbrushes and paste tubes of the Teens and Adult series were presented respectively to children and adults. After the session, the visitors went to see nearby temples and a floating village in the middle of the beautiful Inle Lake. The next leg of the journey lay to the city of Pagan.

“ We couldn't help noticing the gratitude the Burmese people displayed when accepting the gifts from R.O.C.S. Even for those not really poor, a good toothbrush and quality paste were not considered essentials,” Andrey Akulovich says. “The average level of knowledge about oral hygiene was pretty low, as our education sessions revealed. We asked the locals how they cared for their teeth, and it turned out they use twigs. They would break a twig off a tree, split it at one end, and use this improvised brush for cleaning their teeth. For dentifrice, they often use coal or some kind of resin. But this is not due to poverty or ignorance — rather, a traditional way to do it, a habit. The Burmese are extremely reluctant when it comes to abandoning their ancient ways”.

The next education session took place in the township of Nyonshue on the way to Bagan, the ancient heart of Burma. Bagan is called the City of Four Thousand Temples. And in truth, its pagodas and stupas — Buddhist religious buildings — are countless. According to the local monks, the Shwezigon and Lokananda Chaun stupas hold the teeth of Buddha himself. Naturally, destination for tourists. One can wander among temples and pagodas all day, and the sunset over the valley is a view to remember for the rest of one's life. From Bagan, the expedition moved to Yangon, another former capital.

Myanmar is a land of contradictions. For all its conservatism, detachment from rest of the world, and adherence to the tradition, it goes through constant changes. Several times in its history the country changed its name, capital, flag, and coat of arms. The 60−million population is made up of more than 100 nationalities and belongs to many religious denominations dominated Buddhism (89%). However, an unprecedented conflict that started in 2012 between Buddhists and Muslims (of which there are only 4%) lasted longer than a year, resulting in a mass exodus of Muslims to Thailand. These events prevented the tour of the Russian Dental Volunteer Organization in Myanmar earlier. Currently the country is peaceful once again, so the volunteers managed to travel across almost its entire territory.

Yangon ceased to be the capital only recently — in 2005 — and still has not lost the status of the No. 1 metropolis. Here the participants of the tour were invited to a reception at the Russian embassy. Having provided the diplomats with R.O.C.S. brushes and toothpaste — all made in Russia — the dentists then visited a local shelter in order to hold another oral hygiene education session.

“Our last effort as educators also took place here, at a very homelike monastery near Yangon. For the first time we were working Buddhist monastery. The session was held in a very positive atmosphere,” Andrey Akulovich recalls. “Upon returning to Yangon, we were in for the most exciting cultural treat of the whole trip: the visit to one of the wonders of the world — the Shwedagon Pagoda. It is truly unique! According to legend, the 100−meter pagoda, the most revered one in Myanmar, houses the relics of four Buddhas: the staff of Kakusandha, the water filter of Konagamana, a piece of the robe of Kassapa, and eight hair strands of Gautama.”

Three monasteries, one shelter and an embassy reception — this was the itinerary of the 2017 Myanmar trip. After completing it, the volunteers rewarded themselves rest at the beach and returned to Russia.

“As the person who headed all six volunteer trips, I believe that the program we have planned several years ago is now completed,” Andrey Akulovich sums up. “There is only one exception: we are ready to spend every August in Sri Lanka, with a visit to the Tooth Festival included. This is a thoroughly worked initiative, and I see no reason to stop it. As for the rest, the project is closed. For good or not? Who can tell?” 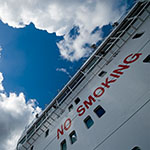 Unident Becomes a Partner of a Federal Anti-Smoking Project
#QuittingNow is a project invented by businessman and football player Denis Timakov, who once quit smoking as a bet with his coach. In his experience, knowing how difficult it is to stay away from cigarettes, Timakov developed an all-Russian game that any smoker can take part in. The chain of dental clinics “Unident” willingly joined the initiative #QuittingNow for several reasons. First, the problem of smoking in Russia really is very acute, and it is not in a position to solve simple social advertising. 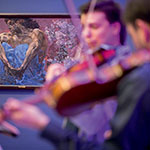 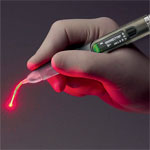 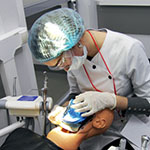 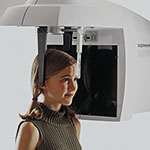