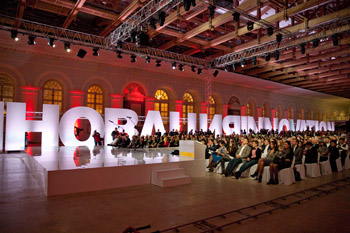 At the ceremony of awarding the winners Contemporary Visual Art Competition “Innovation” the best art projects of the past year were announced. On April 9, the Manezh central exhibition hall housed artists, art experts, supervisors and people interested in what is going on in the Russian contemporary art.

The main feature of this competition was the composition of the winners: for the first time most of the nominees as well as the winners were not from . The main prize wasn’t won by Moscow, either — the “Work of Visual Art” award went to the PROVMYZA group from Nizhny Novgorod for the Marevo (Haze Heat) opera.

The competition is organized with the financial assistance of the UNIDENT group of companies, Cultural Beneficent Foundation You and Art is a project co-organizer.

You and Art annually awards one of the competition participants with a special prize. This year the prize was awarded for Andrey Erofeev’s exhibition project “Leonid Sokov. Angle of View”. Leonid Sokov’s exhibition in MMOMA unveiled the main stages of Leonid Sokov’s artistic evolution from 1970 to 2010, by illustrating it with 130 works from numerous private and museum collections from different parts of the world. Most of the artist’s works, primarily paintings, have never been exhibited in Moscow.

The name of Leonid Sokov is closely connected with the history of the social art movement, whose icon was Sokov’s sculptural signs dialogues. Sokov brought different images of the Soviet and Western civilizations. Works combining Marilyn Monroe with Stalin, Giacometti’s Walking Man with a Lenin monument, a national toy with an imperial emblem, embodied the geopolitical conflict of the cultures of the XX century, the split mentality and “double think” of modern man, whichever political system he belongs to. Sokov is one of the founders of the contemporary sculpture. 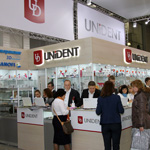 Dental Salon: we were glad to see you at our booths
This year the UNIDENT Company celebrates its twentieth anniversary. All these years we were sharing our experience and learning a lot from you. And trade exhibition were always the best way to exchange knowledge and ideas. From April, 21 to April, 24 one of the largest dentist forums Dental Salon took place in Crocus Expo, where we were glad to meet you again at our booths. And we hope that our special prices and promotions in honor to the twentieth anniversary made you feel the atmosphere of holiday. 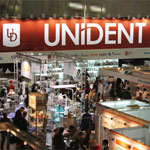 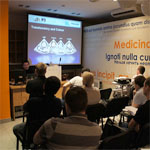 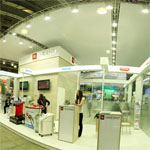 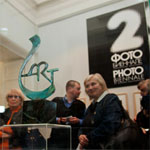