HIV test can be fast, safe and painless

According to recent data, over 1,000,000 cases of HIV infection have been registered in Russia. Approximately the same number of people conceal the disease or do not realize they are infected. And this number is growing at an alarming rate, and the epidemy has long ago moved beyond the circle of people who are considered to be vulnerable to infection.

— This is a stigma, a stereotype that HIV is a disease of drug addicts, prostitutes and lowlife, – said the Head of the regional public organization “Novy vek” Albert Zaripov. – The epidemy has penetrated general population. And people are in the risk zone, regardless of gender, age or social status.

The proportion of new cases of infection in the 30–40 age group increased significantly (from 9.9% in 2000 to 47.7% in 2015). That is, not teenagers but adults, fulfilled persons, are in the risk zone. The virus is found in the elderly people, in children. No one is immune to HIV.

The personal health culture in our country is unfortunately not at the highest level. “It's not about me. It can’t happen with me, only with others”, – thinks the bulk of the population. The Russians, for the most part, are not in a hurry to undergo the tests, to check the body for the presence of antibodies. And such irresponsibility is extremely incautious. After all, if the virus is detected at an early stage, the own life can be significantly prolonged and improved. Fortunately, antiretroviral therapy has reached such a level that the abbreviation “HIV” has ceased

to be the sentence, it is possible to do sports with this disease, to travel, to bear children, to live happily for many years. The most important thing is to make a diagnosis and start treatment in time.

Many people are stopped by the fact that delivery of medical tests is associated with span time, which is important, given the current realities of frantic pace of life. We need to get up earlier, to go to a specialized institution and submit to a blood test strictly in fasting state. Since recently, it is not necessary. the US company OraSure developed a rapid test OraQuick capable to detect the presence of antibodies  in a few minutes and without blood sampling. The system is a plastic housing with an absorbing plate and a vial with the reagent. Use of the test procedure is painless and simple to the maximum. It is necessary to pass the plate on the outside of the upper and lower gums (microbiologists have found that antibodies, if present in the body, can be detected there in particular), to place the tester with the sample in a container with the developing solution. After 15–20 minutes, the strips will appear on the screen: one – the result is negative, the virus is not found, two – the result is positive, the probability of infection is high. The accuracy of the device is 98%, which was confirmed by Rospotrebnadzor. In addition, the tester responds only to HIV; the influenza virus or other inflammatory processes in the patient do not affect the operation of the device. The antigen detects only necessary information. The only condition is the natural flora of the testee’s mouth cavity. 10 minutes before the use of OraQuick one should not intake food, liquid, chewing gum, smoke, so that the material fluid) should be free of foreign impurities. Also, this tester has a distinct advantage – it thus completely eliminating the risk of infection.

In America, the OraQuick is widespread. It is used for domiciliary, pharmacists in local drugstores use OraQuick to run tests for the presence of HIV to anybody who wants to. In Russia, this test system has been used since 2010 mainly in AIDS centers and dental departments. “We use OraQuick in our clinics actively, – says Yevgeny Shapovalov, a specialist of Unident Implantology department. – We recommend our clients taking the test before surgical intervention, works in the field of implantology. The diagnostics is carried out by trained personnel. In case of signal, the patient is sent to a specialized center for diagnosis specification and treatment if necessary. I’d like to note that the cost of the procedure is relatively low (1,000 rubles on average), and gives enormous benefits.”

Despite the depressing statistics, experts assure that in the minds of Russians changes regarding the problems of HIV and AIDS occur gradually. “Our organization has regularly for several years using OraQuick in the streets of Kazan, – continues Albert Zaripov. – And if 3–4 years ago, people were reluctant to the analysis by stating that they have nothing to do with it, in recent years the citizens have become much more willing to be tested.” Timely diagnosis and treatment of the disease are actively popularized by the domestic entertainment stars, including Vera Brezhneva, Basta, Stas Kostyushkin. Long ago the world came to a conclusion that there is no need to be afraid and ashamed of HIV, the virus must be fought. It's time for us to understand that regular (at least once a year) testing for the presence of antibodies, including, by means tests, should become a habit like teeth cleaning. It can save life and minimize the risk to others. 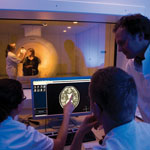 150 shades of gray
According to estimates, the average human is able to see thirty different shades of gray. Some talented writers manage to detect up to fifty. But a decent medical radiologist makes the true champion: these professionals can tell apart about 150 shades! After all, it's part of their job. They practice daily at work, thanks to the images MRI machines create that have a wide spectrum of gray shades. 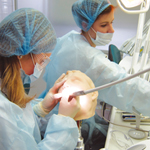 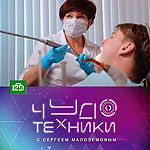 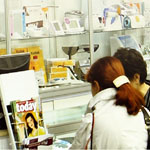 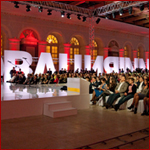